> safehands | the art of goalkeeping Hannover 2016

safehands | the art of goalkeeping in the HDI-Arena 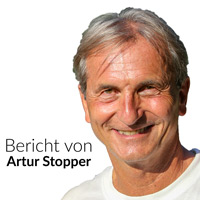 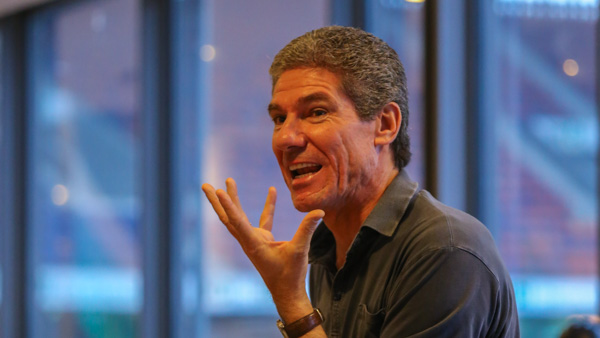 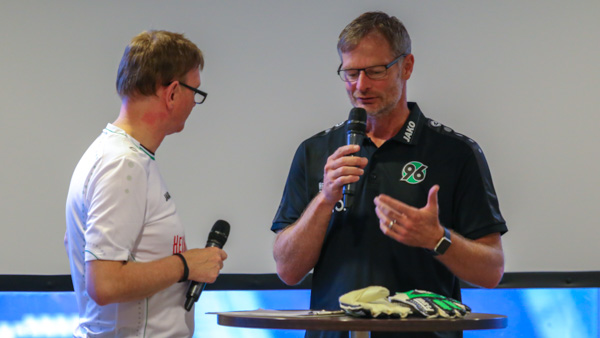 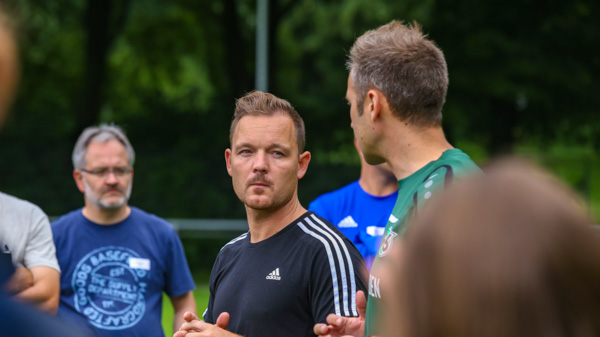 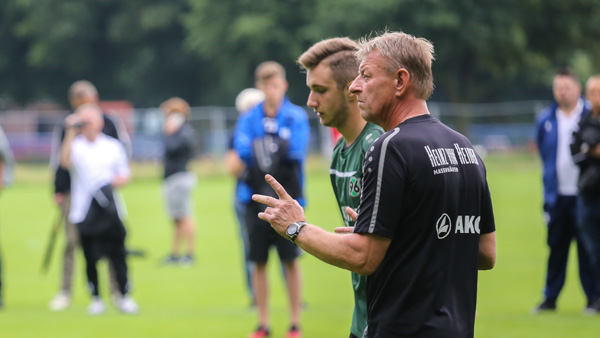 For this reason, the idea of holding an event of this kind in northern Germany had been maturing for some time. After the Hannover 96 Football School was fortunately won as a partner, nothing stood in the way of holding the event together with "safehand - the art of goalkeeping". The venue in the VIP area of the HDI Arena gave the lectures the appropriate setting. As the main speaker, the AIR-Body developer from Backnang was able to win over none other than the Italian star goalkeeper coach Claudio Filippi from Juventus Turin. In his lecture "Method Juventus" he gave an insight into the training concept of the goalkeepers at the Italian record champion. In the second part of the lecture "Methods and aids for training" he went into detail about his latest invention, the Filippi Shield. In the practical part in the afternoon he showed possibilities how this aid can be used sensibly in goalkeeper training, also in combination with AIR-Bodys. 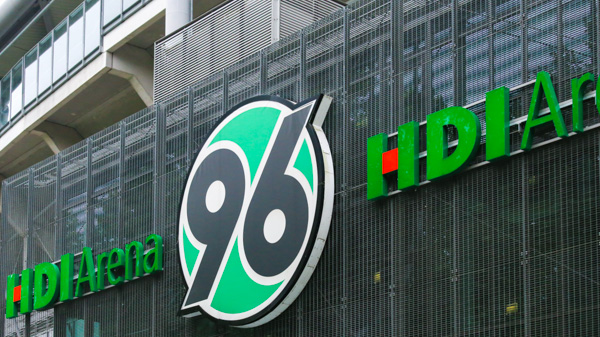 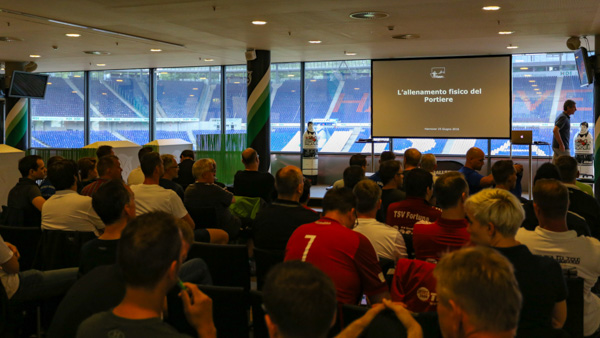 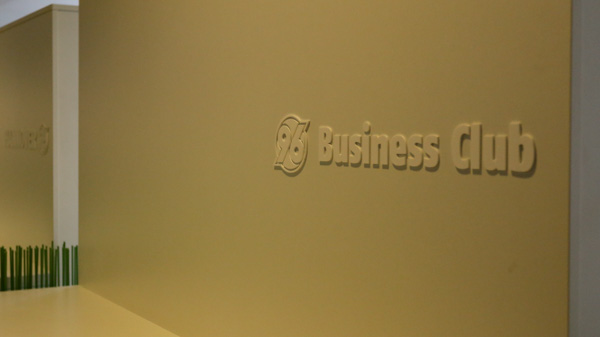 After this demonstration, the Danish Brian Sorensen, goalkeeper coach at the European women's top team Fortuna Hjorring, was another speaker who demonstrated his "Goal Station Training Systems" as well as what he called the "best ball machine in the world". Finally, Peter Rasch from the 96 Football School gave a brief insight into his working methods.
Hanover's stadium announcer Frank Rasche first took over the welcome and the introduction to the event. Naturally, he first took the opportunity to ask questions about Gianluigi Buffon, Filippi's protégé at Juventus Turin and five-time world goalkeeper as well as captain of the Italian national team. The first thing Rasche wanted to know was what type of person Buffon was. Filippi described the 159-time national goalkeeper as a very positive thinker. Despite his 38 years, Buffon is still one of the world's best goalkeepers because, like many soccer greats, he has an exceptionally strong personality and still takes his job very seriously, he said. Despite his great ambition, however, he is not dogged, but is always an open and friendly person. 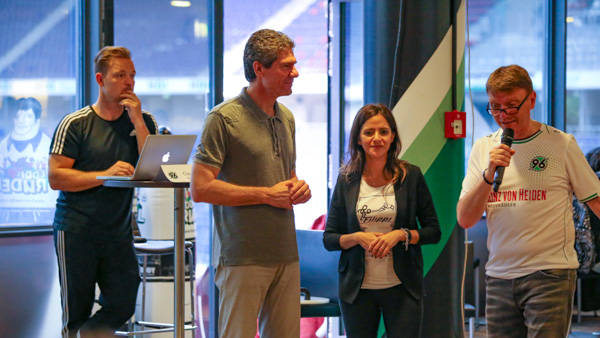 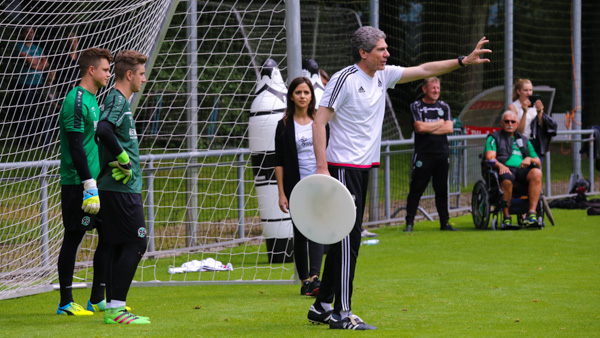 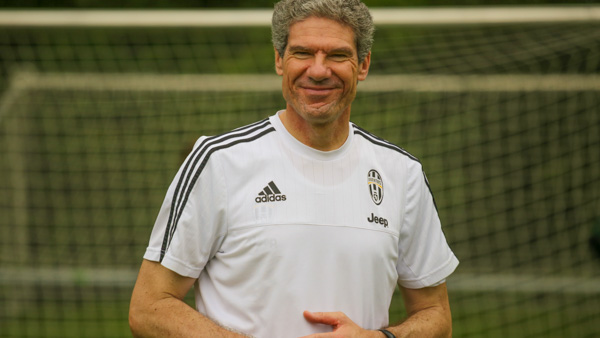 When asked how much longer Buffon would be able to maintain this level, Filippi did not want to commit himself. He did, however, reveal that Buffon's personal goal is to be back for the 2018 World Cup. He would then be the only player in the world to have participated 6 times in this world tournament.
How the goalkeeping game has changed in recent years was Frank Rasche's next question to the Italian starting coach. Claudio Filippi described the introduction of the back-pass rule in 1992 as the most important change, because since then goalkeepers have had to take on additional tasks and possess field player qualities. But modern playing systems, such as the four-man backline, had also changed goalkeeping. 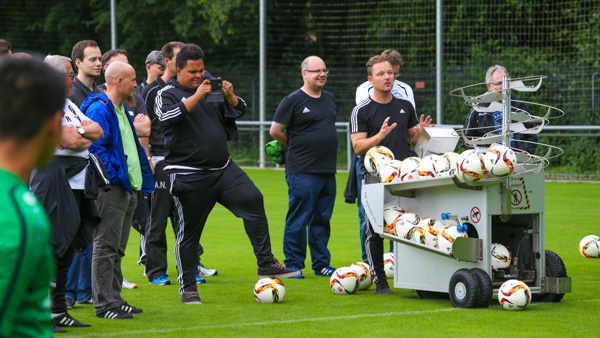 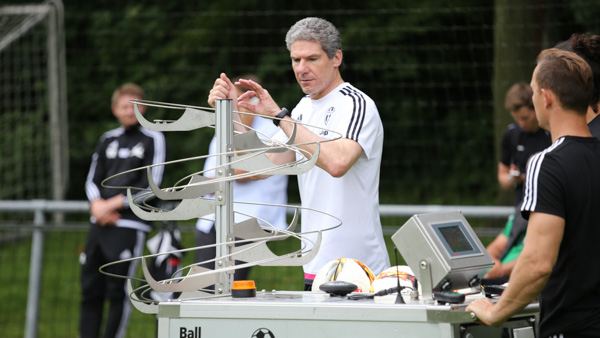 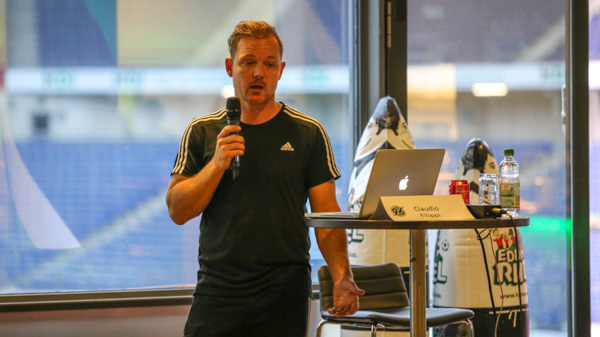 Next, Rasche wanted to know what goalkeeper coaches should look for when training young goalkeepers. For Claudio Filippi, it is important that coaches not only shoot balls at goal, but above all pay attention to the technically correct execution of the goalkeeper's actions. In addition, he said, a coach must be able to identify the goalkeeper's weaknesses and strengths in order to base training on them. He pleaded for not training all goalkeepers in the same way, but to take into account the specifics of each goalkeeper in training. An absolute prerequisite for him is that the coach knows what he is doing and why he is specifically using these exercises.
Rasche's final question about how important technical aids are in goalkeeper training today was an anticipation of the practical part that would take place in the afternoon. When he first saw the Airbodys about 10 years ago, he immediately realized that they could be an important tool in goalkeeper training, Filippi replied.  At that time, he was training a goalkeeper at Sienna Calcio who was weak in aerial combat with opposing players. For this goalkeeper, he said, Airbodys were an important aid in improving this weakness. He also said that the Filippi Shield, which he created and has recently been on the market, is a tool that came out of the need to train game-like situations with goalkeepers. He also cited the ball machine as a suitable device for goalkeeper training. By changing the material, the force of the shots would have increased. Since the goalkeeper trainer is not physically able to deliver many shots of this quality and field players cannot often be integrated into goalkeeper training, the use of a ball machine makes perfect sense. 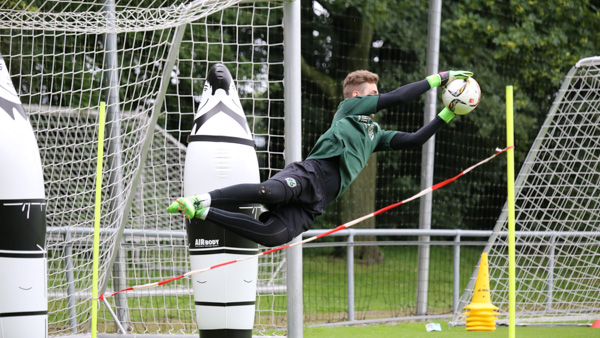 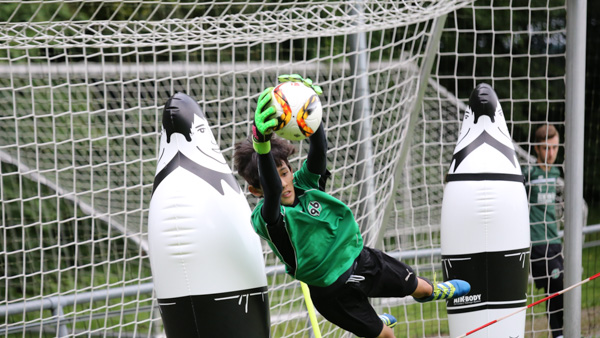 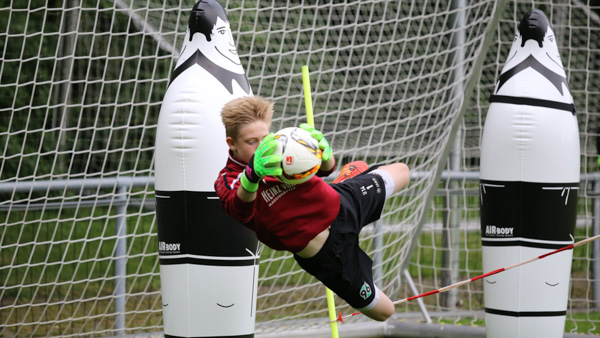 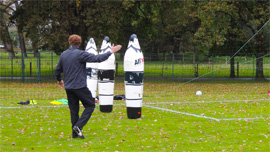 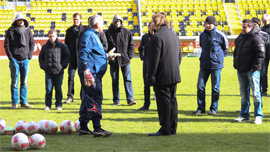 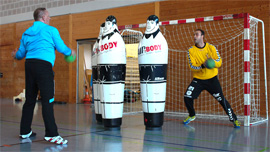 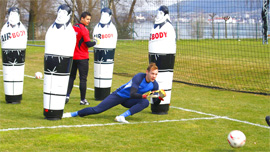 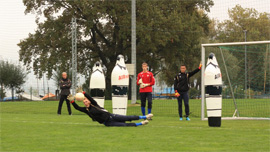 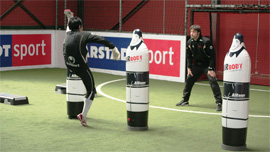 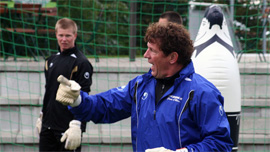